The love and devotion of the nation have no boundaries. We found unlimited examples of it but Mr. Aryan Soni has something different to show you, Yes he has made 37 Tattoos over the period of 4 months with the Map of 28 States of India and 9 Union Territories along with their names and Important monuments.

In other words, he has dedicated not only his soul for the nation but also his entire body for it.

Team Bravo Appreciates his dedication and after observing his feat approves his nomination for Bravo International Book Of World Record’s Asian Sub-continental Edition 2020. 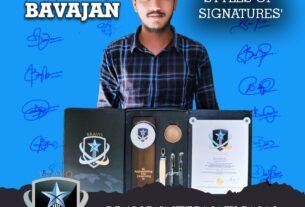 Researcher in the field of Dentistry